Organic food and farming in Canada and the U.S. is under immediate THREAT from GM alfalfa

The introduction of Monsanto’s genetically modified (GM) herbicide tolerant (Roundup Ready) alfalfa wll have serious negative impacts on many different types of farmers and farming systems, both conventional and organic. Because alfalfa is a perennial crop pollinated by bees, GM contamination is inevitable. GM alfalfa was actually approved in Canada in 2005 but still needs to go through one more step before it can be legally sold as seed in Canada.
Why is Alfalfa Important?
Alfalfa is used as pasture and high-protein feed for animals like dairy cows, beef cattle, lambs, and pigs and is also used to build up nutrients in the soil, making it particularly important for organic farming. If introduced, GM alfalfa would threaten the future of organic food and farming because animals eat alfalfa, and then the resulting Milk and Meat products are impacted. On top of that, if a farmer grows non-modified alfalfa, eventually it will be cross-pollinated with the genetically modified strain and then Monsanto will have grounds to sue and bankrupt the farmer.


Where is the agriculture industry headed?


What can You do?
Sign the petition against approving GMO's in Canada
Endorse or Modify this letter to the government asking them to NOT ALLOW GMO's in Canada
Posted by Unknown at 10:19 AM No comments: 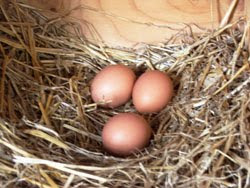 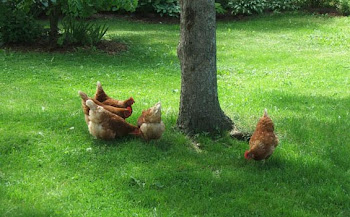